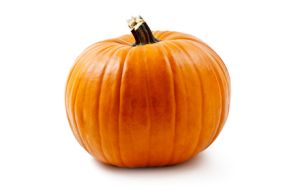 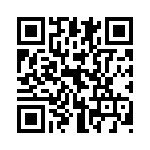 Pumpkin refers to certain cultivars of squash, most commonly those of Cucurbita pepo, that are round, with smooth, slightly ribbed skin and deep yellow to orange coloration. The thick shell contains the seeds and pulp.

Pumpkins, like other squash, are native to North America. Pumpkins are widely grown for commercial use, and are used both in food and recreation. Pumpkin pie, for instance, is a traditional part of Thanksgiving meals in the United States, although commercially canned pumpkin puree and pumpkin pie fillings are usually made from different kinds of winter squash than the pumpkins frequently carved as jack o'lanterns for decoration around Halloween.

Pumpkins are very versatile in their uses for cooking. Most parts of the pumpkin are edible, including the fleshy shell, the seeds, the leaves, and even the flowers. In the United States and Canada, pumpkin is a popular Halloween and Thanksgiving staple. Pumpkin purée is sometimes prepared and frozen for later use.
When ripe, the pumpkin can be boiled, baked, steamed, or roasted. In its native North America, it is a very important, traditional part of the autumn harvest, eaten mashed and making its way into soups and purees. Often, it is made into pie, various kinds of which are a traditional staple of the Canadian and American Thanksgiving holidays. In Canada, Mexico, the United States, Europe and China, the seeds are often roasted and eaten as a snack.
Pumpkins that are still small and green may be eaten in the same way as squash or zucchini. In the Middle East, pumpkin is used for sweet dishes; a well-known sweet delicacy is called halawa yaqtin. In South Asian countries such as India, pumpkin is cooked with butter, sugar, and spices in a dish called kadu ka halwa. Pumpkin is used to make sambar in Udupi cuisine. In Guangxi province, China, the leaves of the pumpkin plant are consumed as a cooked vegetable or in soups. In Australia and New Zealand, pumpkin is often roasted in conjunction with other vegetables. In Japan, small pumpkins are served in savory dishes, including tempura. In Myanmar, pumpkins are used in both cooking and desserts (candied). The seeds are a popular sunflower seed substitute. In Thailand, small pumpkins are steamed with custard inside and served as a dessert. In Vietnam, pumpkins are commonly cooked in soups with pork or shrimp. In Italy, it can be used with cheeses as a savory stuffing for ravioli ( also see ). Also, pumpkin can be used to flavor both alcoholic and nonalcoholic beverages.
In the southwestern United States and Mexico, pumpkin and squash flowers are a popular and widely available food item. They may be used to garnish dishes, and they may be dredged in a batter then fried in oil. Pumpkin leaves are a popular vegetable in the Western and central regions of Kenya; they are called seveve, and are an ingredient of mukimo, respectively, whereas the pumpkin itself is usually boiled or steamed. The seeds are popular with children who roast them on a pan before eating them.
Other than the traditionally defined pumpkin, commercially canned "pumpkin" puree and pumpkin pie fillings may contain winter squashes, such as butternut squash.
Pumpkins’ bright orange color may make them a good substitute for traffic cones, but the real power behind their hue is beta-carotene, a provitamin that is converted to vitamin A in the body. Known for its immune-boosting powers, beta-carotene is essential for eye health and has also been linked to preventing coronary heart disease. But there’s no need to choose fresh to get the benefits of pumpkin. One cup of canned pumpkin has seven grams of fiber and three grams of protein even more than the fresh stuff  and contains only 80 calories and one gram of fat. Plus, canned pumpkin is packed with vitamins and provides over 50 percent of the daily value of vitamin K, which may reduce the risk for some types of cancer.

It is one of the very low calorie vegetables. 100 g fruit provides just 26 calories and contains no saturated fats or cholesterol; however, it is rich in dietary fiber, anti-oxidants, minerals, vitamins. The vegetable is one of the food items recommended by dieticians in cholesterol controlling and weight reduction programs.

Pumpkin is a storehouse of many anti-oxidant vitamins such as vitamin-A, vitamin-C and vitamin-E.

With 7384 mg per 100 g, it is one of the vegetables in the Cucurbitaceae family featuring highest levels of vitamin-A, providing about 246% of RDA. Vitamin A is a powerful natural anti-oxidant and is required by the body for maintaining the integrity of skin and mucus membranes. It is also an essential vitamin for good visual sight. Research studies suggest that natural foods rich in vitamin A help a body protects against lung and oral cavity cancers.

It is also an excellent source of many natural poly-phenolic flavonoid compounds such as a, ß carotenes, cryptoxanthin, lutein and zea-xanthin. Carotenes convert into vitamin A inside the body.

Zea-xanthin is a natural anti-oxidant which has UV (ultra-violet) rays filtering actions in the macula lutea in retina of the eyes. Thus, it helps protect from "age-related macular disease" (ARMD) in the elderly.

The fruit is a good source of B-complex group of vitamins like folates, niacin, vitamin B-6 (pyridoxine), thiamin and pantothenic acid.

It is also rich source of minerals like copper, calcium, potassium and phosphorus.

Pumpkin seeds indeed are an excellent source of dietary fiber and mono-unsaturated fatty acids, which are good for heart health.
In addition, the seeds are concentrated sources of protein, minerals and health-benefiting vitamins. For instance, 100 g of pumpkin seeds provide 559 calories, 30 g of protein, 110% RDA of iron, 4987 mg of niacin (31% RDA), selenium (17% of RDA), zinc (71%) etc., but no cholesterol.

Further, the seeds are an excellent source of health promoting amino acid tryptophan. Tryptophan is converted to GABA in the brain.