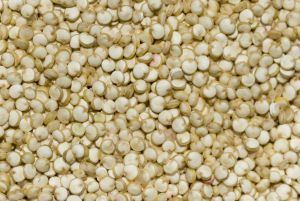 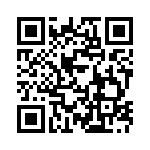 Quinoa, a species of goosefoot, is a grain-like crop grown primarily for its edible seeds. It is a pseudocereal rather than a true cereal, or grain, as it is not a member of the true grass family. As a chenopod, quinoa is closely related to species such as beetroots, spinach and tumbleweeds. It is quite high in protein, lacks gluten, and is tolerant of dry soil.

Quinoa originated in the Andean region of Ecuador, Bolivia, Colombia and Peru, where it was successfully domesticated 3,000 to 4,000 years ago for human consumption, though archaeological evidence shows a non-domesticated association with pastoral herding some 5,200 to 7,000 years ago.

Similar Chenopodium species, such as pitseed goosefoot and fat hen, were grown and domesticated in North America as part of the Eastern Agricultural Complex before maize agriculture became popular. Fat hen, which has a widespread distribution in the Northern Hemisphere, produces edible seeds and greens much like quinoa, but in smaller quantities.The nutrient composition is favourable compared with common cereals. Quinoa seeds contain essential amino acids like lysine and acceptable quantities of calcium, phosphorus, and iron.

After harvest, the seeds must be processed to remove the coating containing the bitter-tasting saponins. Quinoa seeds are in general cooked the same way as rice and can be used in a wide range of dishes. Quinoa leaves are also eaten as a leaf vegetable, much like amaranth, but the commercial availability of quinoa greens is limited.

Quinoa is a dicotyledonous, annual plant usually about 1–2 metres high. It has broad, generally pubescent, powdery, smooth to lobed leaves normally arranged alternately. The woody central stem is either branched or unbranched depending on the variety and may be green, red or purple. The panicles arise either from the top of the plant or from axils on the stem. The panicles have a central axis from which a secondary axis emerges either with flowers, or bearing a tertiary axis carrying the flowers. The green hypogynous flowers have a simple perianth and are generally bisexual and self-fertilizing. The fruits are about 2 millimetres in diameter and of various colours from white to red or black depending on the cultivar.

Quinoa was important to the diet of pre-Columbian Andean civilizations. Today, people appreciate quinoa for its nutritional value. Quinoa has been called a superfood. Protein content is very high for a cereal/pseudo-cereal, yet not as high as most beans and legumes. Quinoa's protein content per 100 calories is higher than brown rice, potatoes, barley and millet, but is less than wild rice and oats. Nutritional evaluations of quinoa indicate that it is a source of complete protein. Furthermore, it is a good source of dietary fiber and phosphorus and is high in magnesium and iron. Quinoa is also a source of calcium, and thus is useful for vegans and those who are lactose intolerant.

Quinoa is gluten-free and considered easy to digest. Because of all these characteristics, quinoa is being considered a possible crop in NASA's Controlled Ecological Life Support System for long-duration human occupied spaceflights.Quinoa may be germinated in its raw form to boost its nutritional value. Germination activates its natural enzymes and multiplies its vitamin content.

In fact, quinoa has a notably short germination period: Only 2–4 hours resting in a glass of clean water is enough to make it sprout and release gases, as opposed to, e.g., 12 hours with wheat. This process, besides its nutritional enhancements, softens the seeds, making them suitable to be added to salads and other cold foods.