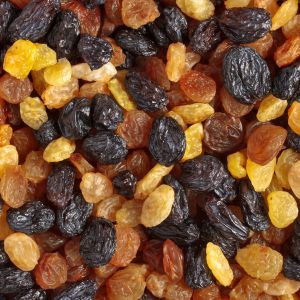 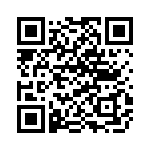 A raisin is a dried grape. Raisins are produced in many regions of the world and may be eaten raw or used in cooking, baking and brewing. In the United Kingdom, Ireland, New Zealand, Australia and Canada the word "raisin" is reserved for the dark-coloured dried large grape, with "sultana" being a golden-coloured dried grape, and "currant" being a dried small Black Corinth grape.

Raisin varieties depend on the type of grape used, and are made in a variety of sizes and colors including green, black, blue, purple and yellow. Seedless varieties include the sultana and Flame grapes. Raisins are traditionally sun-dried, but may also be water-dipped and artificially dehydrated.

"Golden raisins" are treated with sulfur dioxide after drying to give them their golden color. Black Corinth or Zante currant are miniature raisins that are much darker in color and have a tart, tangy flavor. They are often called currants.

Several varieties of raisins produced in Asia are available in the West only at ethnic grocers. Monukka grapes are used for some of these.

Raisins can contain up to 72% sugars by weight, most of which is fructose and glucose. They also contain about 3% protein and 3.7%–6.8% dietary fiber. Raisins, like prunes and apricots, are also high in certain antioxidants, but have a lower vitamin C content than fresh grapes. Raisins are low in sodium and contain no cholesterol.

If you are an athlete or a bodybuilder who needs a good source of energy and something to bulk up your body to a certain weight, raisins are good for you because they are loaded with sugars, specifically fructose and glucose. Eating raisins also promotes the efficient absorption of vitamins, proteins and other nutrients in your body. Therefore, they also help in building up your immune system.

Upon ingestion, fibers in raisins swell as they absorb water, thus promoting a laxative effect and thereby relieving constipation. Regular intake of raisins helps in maintaining regular bowel movement, with the fibers sweeping away the toxins and waste materials from the gastrointestinal tract.

Unlike candies, raisins contain oleanolic acid, which provides protection against cavities and tooth decay, and prevents the growth of harmful bacteria that can cause gingivitis and other periodontal diseases.

Raisins are a rich source of calcium, which is necessary to strengthen bones and teeth. A micronutrient that is abundant in raisins–boron–aids in calcium absorption and bone formation. If you are a postmenopausal woman, raisins are a good snack for you because the calcium and boron present in them help prevent the development of osteoporosis.

The potassium and magnesium contents of raisins help reduce acidity (an abnormal metabolic condition known as acidosis) and remove toxins from the body, which may cause diseases such as arthritis, gout, kidney stones and heart disease.

Raisins contain substances called polyphenolic phytonutrients that have anti-inflammatory and antibacterial properties. These polyphenols have been found to lower fevers by killing the bacteria that causes existing infections.

The polyphenolic phytonutrients in raisins also possess antioxidant properties that protect the eyes from harmful free radicals that may cause the development of cataracts, macular degeneration, blindness and other visual disorders.

Raisins are rich in iron and copper, which are necessary in the formation of red blood cells. Raisins also help to correct iron deficiency anemia and promote blood clotting during wound healing.

The polyphenolic antioxidant in raisins, known as catechin, provides protection against free radicals, which causes the development of tumors, specifically colon cancer.

You could find natural stimulation through regular consumption of raisins. An amino acid in raisins called arginine helps to arouse the libido.