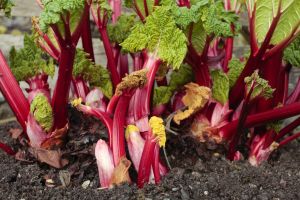 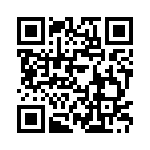 Rhubarb is a species of plant in the family Polygonaceae. They are herbaceous perennials growing from short, thick rhizomes. They have large leaves that are somewhat triangular, with long fleshy petioles. They have small flowers grouped in large compound leafy greenish-white to rose-red inflorescences.

In culinary use, fresh raw petioles are crisp with a strong, tart taste. Most commonly, the plant's leaf stalks are cooked with sugar and used in pies and other desserts. A number of varieties have been domesticated for human consumption, most of which are recognised as Rheum x hybridum by the Royal Horticultural Society.

Rhubarb also contains glycosides—especially rhein, glucorhein, and emodin, which impart cathartic and laxative properties. It is hence useful as a cathartic in case of constipation.

Rhubarb is now grown in many areas and, thanks to greenhouse production, is available throughout much of the year. Rhubarb grown in hothouses is called hothouse rhubarb, and is typically made available at consumer markets in early spring, before outdoor cultivated rhubarb is available. Hothouse rhubarb is usually brighter red, more tender and sweeter-tasting than outdoor rhubarb. In temperate climates, rhubarb is one of the first food plants harvested, usually in mid to late spring.

In the United Kingdom, the first rhubarb of the year is harvested by candlelight in forcing sheds - where all other light is excluded - a practice that produces a sweeter, more tender stalk. These sheds are dotted around the noted "Rhubarb Triangle" of Wakefield, Leeds, and Morley.

Rhubarb grows year-round in warm climates, but in temperate climates, the above ground portion of the plant completely withers away at the onset of freezing temperature. The plant grows from the root at the return of warm weather. Rhubarb growth can be 'forced' or encouraged to grow early by raising the local temperature, usually by placing an upturned bucket over the new shoots.

Because rhubarb is a seasonal plant, obtaining fresh rhubarb out of season is difficult in colder climates, such as in the UK, Ireland, Russia, etc. Rhubarb thrives in areas of direct sunlight. Rhubarb can successfully be planted in containers, if they are large enough to accommodate a season's growth.

Rhubarb damaged by severe cold should not be eaten, as it may be high in oxalic acid, which migrates from the leaves and can cause illness.

The colour of rhubarb stalks can vary from the commonly associated crimson red, through speckled light pink, to simply light green. Rhubarb stalks are poetically described as "crimson stalks". The colour results from the presence of anthocyanins, and varies according to both rhubarb variety and production technique. The colour is not related to its suitability for cooking: The green-stalked rhubarb is more robust and has a higher yield, but the red-coloured stalks are much more popular with consumers. Rhubarb has been used for medical purposes by the Chinese for thousands of years.

Rhubarb is one of the least calorie vegetables. 100 g fresh petioles provide just 21 calories. Nonetheless, it contains some vital phyto-nutrients such as dietary fiber, poly-phenolic anti-oxidants, minerals, and vitamins. Further, its petioles contain no saturated fats or cholesterol.

The stalks are rich in several B-complex vitamins such as folates, riboflavin, niacin, vitamin B-6 (pyridoxine), thiamin, and pantothenic acid.

Red color stalks contain more vitamin A than in the green varieties. Further, the stalks also contain small amounts of poly-phenolic flavonoid compounds like ß-carotene, zea xanthin, and lutein. These compounds convert to vitamin A inside the body and deliver same protective effects of vitamin A on the body. Vitamin A is a powerful natural anti-oxidant and is required by the body for maintaining the integrity of skin and mucus membranes. It is also an essential vitamin for healthy eye-sight. Research studies suggest that natural foods rich in vitamin A help the body protects against lung and oral cavity cancers.

As in other greens like kale, spinach, etc., rhubarb stalks also provide good amounts of vitamin-K. 100 g of fresh stalks provide 29.3 µg or about 24% of daily recommended intake of this vitamin. Vitamin K has a potential role in bone health by promoting osteotrophic (bone formation and strengthening) activity. Adequate vitamin-K levels in the diet help limiting neuronal damage in the brain; thus, has established role in the treatment of Alzheimer's disease.

Its stalks also contain healthy levels of minerals like iron, copper, calcium, potassium, and phosphorus. However, most of these minerals do not absorb into the body as they are subject to chelating into insoluble complexes by oxalic acid, and excreted out from the body.