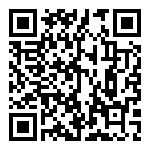 Riboflavin, also known as vitamin B2 is an easily absorbed colored micronutrient with a key role in maintaining health in humans and other animals. It is the central component of the cofactors FAD and FMN, and is therefore required by all flavoproteins. As such, vitamin B2 is required for a wide variety of cellular processes. It plays a key role in energy metabolism, and for the metabolism of fats, ketone bodies, carbohydrates, and proteins.

The name "riboflavin" comes from "ribose" (the sugar whose reduced form, ribitol, forms part of its structure) and "flavin", the ring-moiety which imparts the yellow color to the oxidized molecule (from Latin flavus, "yellow"). The reduced form, which occurs in metabolism along with the oxidized form, is colorless.

Riboflavin can be used as a deliberate orange-red food color additive, and as such is designated in Europe as the E number E101.

Antioxidant Protection
Riboflavin is one of many nutrients required to recycle oxidized glutathione—one of the most important antioxidants in the human body—back into its active reduced form.

The best protection against free radicals comes from foods that are rich in many different antioxidants. Examples of good riboflavin sources that would fit this description include spinach, collard greens, and broccoli, among others.