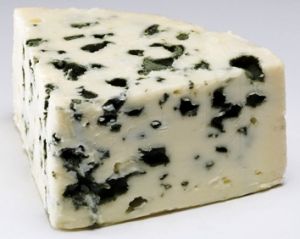 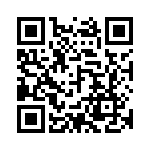 Roquefort is a sheep milk blue cheese from the south of France, and together with Bleu d'Auvergne, Stilton and Gorgonzola is one of the world's best known blue-cheeses. Though similar cheeses are produced elsewhere, European law dictates that only those cheeses aged in the natural Combalou caves of Roquefort-sur-Soulzon may bear the name Roquefort, as it is a recognised geographical indication, or has a protected designation of origin.

The cheese is white, tangy, crumbly and slightly moist, with distinctive veins of green mold. It has characteristic odor and flavor with a notable taste of butyric acid; the green veins provide a sharp tang.

The overall flavor sensation begins slightly mild, then waxes sweet, then smoky, and fades to a salty finish. It has no rind; the exterior is edible and slightly salty. A typical wheel of Roquefort weighs between 2.5 and 3 kilograms, and is about 10 cm thick. Each kilogram of finished cheese requires about 4.5 litres of milk to produce.
Post your comment ...
sign in with ...