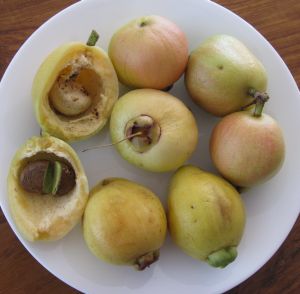 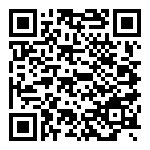 The tree has variously been allocated to the genus Jambosa, Eugenia and Syzygium, where it now seems to have been permanently accepted. There have been a few species ascribed to it, but currently several varieties with various fruit colours all are recognised as Syzygium jambos.

Common names:
Syzygium jambos has several common names, reflecting the large number of regions in which it occurs as a garden or fruit tree or as an invader. The names include Malabar Plum, champakka, chom pu or chom-phu. Terms like "plum rose", "water apple", "Malay apple", "jambrosade",and "pomarrosa", or the English equivalent, "rose apple". Several of these names also are applied to other species of Syzygium, while "jambu" can also mean a guava. The name Jambu for this fruit is in all likelihood limited to one or two of the twenty-odd major Indian languages, while most other languages use similar words (Jaamun, Jaambhool, etc.) for another fruit, smaller than the rose apple, and dark purple in colour like the fruit of the eggplant. In Karnataka the English common name is "rose apple", and the vernacular name is Pannerale(Paneer hannu), while the name for the other one is Nerale. Such a confusion of common names in horticulture is nothing unusual.

It is also known as Boga Jamuk in Assamese.

Syzygium jambos is a large shrub or small-to-medium-sized tree, typically three to 15 metres high, with a tendency to low branching. Its leaves and twigs are glabrous and the bark, though dark brown, is fairly smooth too, with little relief or texture.

The leaves are lanceolate, 2cm to 4 cm broad, 10 cm to 20 cm long, pointed, base cuneate with hardly any petiole, lively red when growing, but dark, glossy green on attaining full size. The flowers are in small terminal clusters, white or greenish white, the long, numerous stamens giving them a diameter of 5 - 8 cm. In temperate regions the tree is summer-flowering.

The edible fruit of Syzygium jambos is shaped like some kinds of guava, to which the plant is fairly closely related. In fact the fruit is so like the guava in appearance that people unfamiliar with it may mistake it for a guava on sight. However, the fragrance, flavour and texture are different, and instead of containing dozens of small, hard seeds set in a jelly-like tissue, as a guava does, the fruit of Syzygium jambos usually contains one or two large, unarmoured seeds about a cm in diameter, lying loose in a slightly fluffy cavity when ripe.

Shaking a fruit to feel whether the seeds rattle, gives some indication whether it is ripe. The skin is thin and waxy. The flowers are described by some as fragrant, though this appears to be a variable attribute. The ripe fruit however, has a strong, pleasant floral bouquet, hence such common names as "Rose apple" and "pomarrosa"  Varieties  There are many varieties of Syzygium jambos world wide, including nondescript feral trees. In Thailand the commonest cultivated variety bears a pale green fruit. Malaysian varieties generally have red skins. In many regions the fruit is a shade of pale yellow, often with a slight blush.

The skin is thin and waxy, and the hollow core contains a small amount of insignificant fluff.    The flesh is crisp and watery, and the taste is characteristic, which leads to some fanciful descriptions such as: "like a cross between nashi and bell pepper, with a very mild rose scent and a slightly bitter aftertaste." There seems to be considerable variation in flavour if such a description has any merit; in South Africa for example, there is no noticeable bitter aftertaste, but the bouquet is decidedly assertive, whether one regards it as rose-like or not.  Syzygium jambos is native to Southeast Asia but is naturalized in India, especially the state of Kerala. It has also been introduced widely on every continent except Antarctica, and it has become established and invasive in several regions.

Health benefits of Rose Apple
The rose apple is utilized as food and also as medication. You will find the rose apple plant, officially known as Syzygium jambos, in exotic as well as subtropical locations where a more mature tree will certainly deliver 5 lbs. fruit every season. The fruit within this plant doesn’t in fact look like an apple — the plant is a member of the myrtle family, in accordance with Indiana’s Purdue University. If you are planning to utilize rose apple for therapeutic reasons seek advice from a health care professional initially.

Rose Apple has shown to prevent the development of cancer of the prostate. Generally speaking, doctors suggest that men having an average chance of prostate cancer make alternatives which benefit their all-around health if they’re thinking about prostate cancer avoidance. There is certainly a few proof that selecting a nutritious diet that’s lower in fat and also packed with vegetables and fruit may possibly lower your chance of prostate cancer.

2. Breast Cancer Protection
Studies have shown that consuming a diet abundant with vegetables and fruit doesn’t provide direct defense against breast cancer. Additionally, the latest research of dietary fat as well as breast cancer demonstrated just a minor reduction in the potential risk of unpleasant breast cancer for ladies who consumed a low-fat diet.

3. Lower Cholesterol
Rose Apple are usually loaded with vitamin C and also fiber, a substance which has been proven to reduce cholesterol levels. In a single research, 125 volunteers experienced a typical drop in cholestrerol levels of 19% after consuming Rose Apple for just 1 week.

4. Beneficial for Diabetics
Rose apple fruit has an effect on the pancreas within diabetes sufferers and also behaves as a block from the transformation of starch into sugar. The seeds have got a glucose within them referred to as jamboline which can be dried out and changed into a powder; this particular powder could be included with water 3 to 4 times each day to help lessen sugar within the urine.

5. Rose Apple good for brain and Liver
The fruit is recognized as a tonic for the brain and also liver. An infusion of the fruit behaves as a diuretic. A syrupy preparation of the flowers is considered to lessen a fever. The leaf decoction is used to sore eyes, additionally functions as a diuretic and also expectorant and cure for rheumatism. The juice of macerated leaves is taken like a febrifuge. Powdered leaves have already been applied on the bodies of smallpox sufferers for the chilling result.

A sweetened preparation of the flowers is considered to lessen a fever.The leaf decoction is used to sore eyes, also works as a diuretic and expectorant and cure for rheumatism.

A number of Traditional Medicinal Utilizes which aren’t however clinically confirmed.

The seeds are utilized towards diarrhoea, dysentery and also catarrh.

In Nicaragua, it is often claimed that the infusion of roasted, powdered seeds is effective to diabetics.

In Colombia, they promise that the Rose Apple seeds provide an pain-killer property.

Cuban people think that the root is an efficient treatment for epilepsy.

However, in accordance with medical research, both the seeds and also the root are poisonous and really should be utilized using a extreme caution.