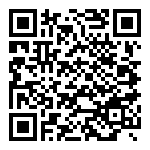 Saint-Marcellin is a soft French cheese made from cow's milk. Named after the small town of Saint-Marcellin, it is produced in a geographical area corresponding to part of the former Dauphiné province.

It is generally small in size, weighing about 80 grams (50% fat), with a mottled creamy-white exterior. The degree of runniness increases with age as the exterior gains blue, then yellow, hues within two to three weeks after production.

It is similar to Saint-Félicien (which is a larger cheese produced in a different part of the Rhône-Alpes région).