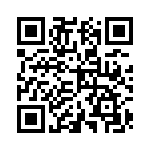 Salmon is the common name for several species of fish in the family Salmonidae. Other fish in the same family are called trout. The difference between salmon and trout is sometimes said to be that salmon migrate and trout are resident, and that salmon spawn once and trout spawn many times, though these distinctions are not always strictly true. Salmon live along the coasts of both the North Atlantic and Pacific Oceans, and have also been introduced into the Great Lakes of North America. Salmon are intensively produced in aquaculture in many parts of the world.

Typically, salmon are anadromous: they are born in fresh water, migrate to the ocean, then return to fresh water to reproduce. However, populations of several species are restricted to fresh water through their lives.

Atlantic salmon reproduces in northern rivers on both coasts of the Atlantic Ocean.

Landlocked salmon live in a number of lakes in eastern North America and in Northern Europe, for instance in lakes Sebago, Onega, Ladoga, Saimaa, Vänern and Winnipesaukee.

Masu salmon or cherry salmon is found only in the western Pacific Ocean in Japan, Korea and Russia. A land-locked subspecies known as the Taiwanese salmon or Formosan salmon is found in central Taiwan's Chi Chia Wan Stream.

Chinook salmon is also known in the US as king salmon or blackmouth salmon, and as spring salmon in British Columbia.

Chum salmon is known as dog, keta, or calico salmon in some parts of the US. This species has the widest geographic range of the Pacific species

Coho salmon is also known in the US as silver salmon. This species is found throughout the coastal waters of Alaska and British Columbia and as far south as Central California

Pink salmon, known as humpies in southeast and southwest Alaska, are found from northern California and Korea, throughout the northern Pacific, and from the Mackenzie River in Canada to the Lena River in Siberia, usually in shorter coastal streams. It is the smallest of the Pacific species, with an average weight of 1.6 to 1.8 kg

The Danube salmon or huchen, is the largest permanent fresh water salmonid species.

Salmon fillets are versatile and delicious, but they cook quickly and require a bit of technique to get right. They are generally prepared by baking, broiling, grilling, pan-searing, or poaching them. Adding a marinade is a common way to infuse the fish with extra flavor.

1. Eating salmon is beneficial in the treatment of osteoarthritis and other inflammatory joint conditions.
Salmon contains small proteins called bioactive peptides. One in particular, called calcitonin, has been shown to increase, regulate and stabilize collagen synthesis in human osteoarthritic cartilage. This salmon-found protein also improves bone density and strength.

2. Eating salmon makes you smarter and happier.
The brain is 60 percent fat and most of that is the omega-3 fatty acid DHA. Thirty percent of the grey matter in the brain is DHA showing how critical it is to brain function and a healthy nervous system. Eating salmon regularly has been shown to reduce the risk and incidence of depression, hostility in young adults and cognitive decline in the elderly.

3. Salmon protects your eyes.
Eating salmon twice a week has been shown to significantly decrease the risk of macular degeneration a chronic eye condition that leads to loss of vision. For the treatment and prevention of a condition called dry eye syndrome, eat 2-4 servings per week.

4. Salmon’s an excellent source of vitamin D.
Sufficient vitamin D is crucial to maintaining optimal health. A deficiency of this essential vitamin has been linked to an increased risk of cancer, cardiovascular disease, multiple sclerosis, rheumatoid arthritis and type-1 diabetes. One can of salmon, for example, contains a day’s worth of vitamin D.

5. Salmon helps build children’s brains.
Eating salmon while pregnant and nursing can boost learning capability and academic performance in children. Salmon contains high levels of DHA (decosahexaenoic acid) which is the main structural fatty acid in the central nervous system and retina. Feeding salmon to preschool children also aids in the prevention of ADHD and can even boost academic performance.

6. Eating salmon increases your cardiovascular health.
As noted, salmon contains high levels of the omega-3 fats, EPA and DHA. These fats are responsible for many cardiovascular benefits such as reducing inflammation, keeping the blood from clotting excessively and relaxing and dilating the arteries. When eaten 2-3 times per week, salmon can protect you from problems such as heart attack, stroke, arrhythmia, high blood pressure and high triglycerides.

7. Salmon helps you sleep.
Salmon is an excellent source of tryptophan, an all-natural sedative. Studies show that tryptophan increases sleepiness in subjects with mild insomnia and helps to shorten the time it takes to fall asleep.

which is the right brand for Wild Salmon (Alksana)? thank you!