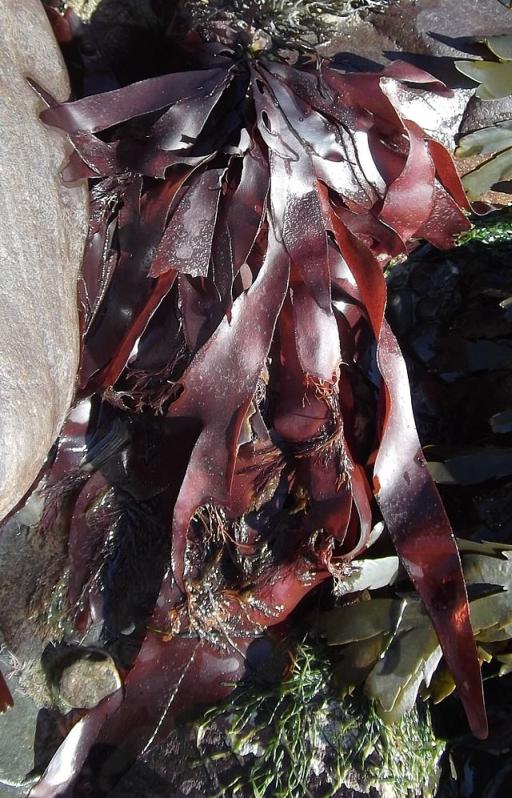 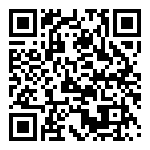 Palmaria palmata, also called dulse, dillisk or dilsk, red dulse, sea lettuce flakes or creathnach, is a red algae. It grows on the northern coasts of the Atlantic and Pacific oceans. It is a well-known snack food. In Iceland, where it is known as söl.

Description
Dulse grows attached by its discoid holdfast to the stipes of Laminaria or to rocks. It has a short stipe, the fronds are variable and vary in colour from deep-rose to reddish-purple and are rather leathery in texture. The flat foliose blade gradually expands and divides into broad segments ranging in size to 50 cm long and 3 cm–8 cm in width which can bear flat wedge-shaped proliferations from the edge.

Distribution
Palmaria palmata is the only species of Palmaria found on the coast of Atlantic Europe. It is to be found from Portugal to the Baltic coasts also on the coasts of Iceland and the Faroe Islands. It also grows on the shores of Arctic Russia, Arctic Canada, Atlantic Canada, Alaska, Japan and Korea. The records from California are of Palmaria mollis which is considered a different species.

Cullinary Use
Dulse is a good source of minerals and vitamins compared with other vegetables, contains all trace elements needed by humans, and has a high protein content.

It is commonly found from June to September and can be picked by hand when the tide is out. When picked, small snails, shell pieces and other small particles can be washed or shaken off and the plant then spread to dry. Some gatherers may turn it once and roll it into large bales to be packaged later. It is used as fodder for animals in some countries.

Dulse is commonly used in Ireland, Iceland, Atlantic Canada and the Northeast United States as food and medicine. In Northern Ireland, it is eaten dried and uncooked similar to how one would eat snacks at a drinks party.

Dulse's properties are similar to those of a flavour-enhancer. It is commonly referred to as dillisk on the west coast of Ireland. Dillisk is usually dried and sold as a snack food from stalls in seaside towns by periwinkle-sellers.

Fresh dulse can be eaten directly off the rocks before sun-drying. Sun-dried dulse is eaten as is or is ground to flakes or a powder. In Iceland the tradition is to eat it with butter. It can be pan fried quickly into chips, baked in the oven covered with cheese, with salsa, or simply microwaved briefly. It can be used in soups, chowders, sandwiches and salads, or added to bread/pizza dough. Finely diced, it can be used as a flavour enhancer in meat dishes, such as chili, in place of monosodium glutamate.