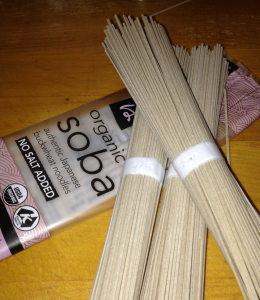 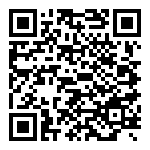 Made from wheat and buckwheat flours, soba noodles are a favorite Japanese fast food. In a pinch, substitute a narrow whole wheat ribbon pasta, such as linguine.

Soba noodles are Japanese thin noodles made of at least 30% buckwheat. Since buckwheat has a tendency not to adhere closely, the noodles also include regular wheat flower. They look very much like spaghetti noodles except they are a light brown in color. They are quite popular in Japan and gaining popularity in many other places. They also form the basis for many traditional Japanese dishes.

These noodles can be served hot or cold. They often form the basis for traditional cold dishes, including soba topped with Japanese yams, daikon radishes, sliced okra, or fermented soybeans. Hot noodles are frequently served in soup. In particular, hot tsuyu is a thinned version of cold tsuyu that serves as a dipping sauce for cold soba noodles.

The noodles may be served in other types of broth, topped with scallions or fish cakes. Alternately, hot ones may form the base for serving tempura, deep fried vegetables and prawns, deep fried tofu, or a raw egg that becomes poached in the hot liquid of a broth.

On New Years Eve, soba noodles are served quite often. Japanese custom demands one slurp them in a noisy fashion, as this is considered polite. In America, it used to be customary to give bread to new home owners as a means for welcoming them into their home. In Japan, traditionally, uncooked soba noodles were given when families would move into or purchase a new house.