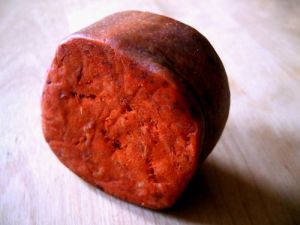 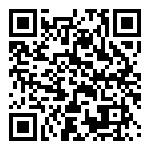 Sobrassada is a raw, cured sausage from the Balearic Islands made with ground pork, paprika and salt and other spices. Sobrassada, along with botifarró are traditional Balearic sausage meat products prepared in the laborious but festive rites that still mark the autumn and winter pig slaughter known as a matanza in Majorca and Eivissa. The chemical principle that makes sobrassada is the dehydration of meat under certain weather conditions (high humidity and mild cold) which are typical of the late Balearic autumn.

Sobrassada is made with a choice of pork loin, pork bacon, minced and mixed with paprika, salt and black pepper at the ends (to deter insects). Some makers also add cayenne pepper to the mixture and market it as coent, hot. Then the mixture is put into a pork intestine, and hung from a pole for some weeks until it is cured. The string which is tied around the intestine can be used to differentiate between the hot and dolç (literally "sweet", though in this case meaning "not spicy") varieties, the red or red and white string being the hot one.

Small, thin sobrassadas are called llonganissa, and are made from the small intestine. Bigger and thicker ones are called cular or pultrums, and the largest type are huge pork bladders called bufetes or bisbe (bishop). Thicker varieties have larger curation terms, allowing spreading its consumption over the year (thinner during winter, thicker during summer-autumn).
Post your comment ...
sign in with ...
missing class include : daIp