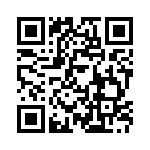 Sugar is the generalized name for a class of chemically-related sweet-flavored substances, most of which are used as food. They are carbohydrates, composed of carbon, hydrogen and oxygen. There are various types of sugar derived from different sources. Simple sugars are called monosaccharides and include glucose (also known as dextrose), fructose and galactose. The table or granulated sugar most customarily used as food is sucrose, a disaccharide (in the body, sucrose hydrolyses into fructose and glucose). Other disaccharides include maltose and lactose. Chemically-different substances may also have a sweet taste, but are not classified as sugars. Some are used as lower-calorie food substitutes for sugar described as artificial sweeteners.

Sugars are found in the tissues of most plants, but are only present in sufficient concentrations for efficient extraction in sugarcane and sugar beet. Sugarcane is a giant grass and has been cultivated in tropical climates in the Far East since ancient times. A great expansion in its production took place in the 18th century with the lay out of sugar plantations in the West Indies and Americas. This was the first time that sugar became available to the common people who previously had to rely on honey to sweeten foods. Sugar beet is a root crop, is cultivated in cooler climates, and became a major source of sugar in the 19th century when methods for extracting the sugar became available. Sugar production and trade have changed the course of human history in many ways. It influenced the formation of colonies, the perpetuation of slavery, the transition to indentured labour, the migration of peoples, wars between sugar trade-controlling nations in the 19th century, and the ethnic composition and political structure of the new world.

The world produced about 168 million tonnes of sugar in 2011. The average person consumes about 24 kilograms of sugar each year (33.1 kg in industrialised countries), equivalent to over 260 food calories per person, per day.

Since the latter part of the twentieth century, it has been questioned whether a diet high in sugars, especially refined sugars, is bad for human health. Sugar has been linked to obesity, and suspected of, or fully implicated as a cause in the occurrence of diabetes, cardiovascular disease, dementia, macular degeneration and tooth decay. Numerous studies have been undertaken to try to clarify the position, but with varying results, mainly because of the difficulty of finding populations for use as controls that do not consume, or are largely free of any sugar consumption.

MonosaccharidesGlucose, fructose and galactose are all simple sugars, monosaccharides, with the general formula C6H12O6. They have five hydroxyl groups (-OH) and a carbonyl group (C=O) and are cyclic when dissolved in water. They each exist as several isomers with dextro- and laevo-rotatory forms which cause polarized light to diverge to the right or the left.

Glucose, dextrose or grape sugar occurs naturally in fruits and plant juices and is the primary product of photosynthesis. Most ingested carbohydrates are converted into glucose during digestion and it is the form of sugar that is transported around the bodies of animals in the bloodstream. It can be manufactured from starch by the addition of enzymes or in the presence of acids. Glucose syrup is a liquid form of glucose that is widely used in the manufacture of foodstuffs. It can be manufactured from starch by enzymatic hydrolysis.

Fructose or fruit sugar occurs naturally in fruits, some root vegetables, cane sugar and honey and is the sweetest of the sugars. It is one of the components of sucrose or table sugar. It is used as a high fructose syrup which is manufactured from hydrolized corn starch which has been processed to yield corn syrup, with enzymes then added to convert part of the glucose into fructose.

Galactose does not generally occur in the free state but is a constituent with glucose of the disaccharide lactose or milk sugar. It is less sweet than glucose. It is a component of the antigens found on the surface of red blood cells that determine blood groups.

Sucrose, maltose and lactose are all compound sugars, disaccharides, with the general formula C12H22O11. They are formed by the combination of two monosaccharide molecules with the exclusion of a molecule of water.

Sucrose is found in the stems of sugar cane and roots of sugar beet. It also occurs naturally alongside fructose and glucose in other plants, particularly fruits and some roots such as carrots. The different proportions of sugars found in these foods determines the range of sweetness experienced when eating them.  A molecule of sucrose is formed by the combination of a molecule of glucose with a molecule of fructose. After being eaten, sucrose is split into its constituent parts during digestion by a number of enzymes known as sucrases.

Maltose is formed during the germination of certain grains, most notably barley which is converted into malt, the source of the sugar's name. A molecule of maltose is formed by the combination of two molecules of glucose. It is less sweet than glucose, fructose or sucrose. It is formed in the body during the digestion of starch by the enzyme amylase and is itself broken down during digestion by the enzyme maltase.

Lactose is the naturally occurring sugar found in milk. A molecule of lactose is formed by the combination of a molecule of galactose with a molecule of glucose. It is broken down when consumed into its constituent parts by the enzyme lactase during digestion. Children have this enzyme but some adults no longer form it and they are unable to digest lactose.

Sugar beet: Sugar beet (Beta vulgaris) is an annual plant in the Family Amaranthaceae, the tuberous root of which contains a high proportion of sucrose. It is cultivated in temperate regions with adequate rainfall and requires a fertile soil. The crop is harvested mechanically in the autumn and the crown of leaves and excess soil removed.

The roots do not deteriorate rapidly and may be left in a clamp in the field for some weeks before being transported to the processing plant. Here the crop is washed and sliced and the sugar extracted by diffusion. Milk of lime is added to the raw juice and carbonatated in a number of stages in order to purify it. Water is evaporated by boiling the syrup under a vacuum. The syrup is then cooled and seeded with sugar crystals. The white sugar which crystallizes out can be separated in a centrifuge and dried. It requires no further refining.

Sugarcane: Sugarcane is a perennial grass in the family Poaceae. It is cultivated in tropical and sub-tropical regions for the sucrose that is found in its stems. It requires a frost-free climate with sufficient rainfall during the growing season to make full use of the plant's great growth potential. The crop is harvested mechanically or by hand, chopped into lengths and conveyed rapidly to the processing plant.

Here it is either milled and the juice extracted with water or the sugar is extracted by diffusion. The juice is then clarified with lime and heated to kill enzymes. The resulting thin syrup is concentrated in a series of evaporators after which further water is removed by evaporation in vacuum containers.

The resulting supersaturated solution is seeded with sugar crystals and the sugar crystallizes out, is separated from the fluid and dried. Molasses is a by-product of the process and the fiber from the stems, known as bagasse, is burned to provide energy for the sugar extraction process. The crystals of raw sugar have a sticky brown coating and can either be used as they are or can be bleached by sulphur dioxide or treated in a carbonatation process to produce a whiter product.

Cane sugar requires further processing to provide the free-flowing white table sugar required by the consumer. The sugar may be transported in bulk to the country where it will be used and the refining process often takes place there. The first stage is known as affination and involves immersing the sugar crystals in a concentrated syrup which softens and removes the sticky brown coating without dissolving them.

The crystals are then separated from the liquor and dissolved in water. The resulting syrup is either treated by a carbonatation or a phosphatation process. Both involve the precipitation of a fine solid in the syrup and when this is filtered out, a lot of the impurities are removed at the same time. Removal of colour is achieved by either using a granular activated carbon or an ion-exchange resin.

The sugar syrup is concentrated by boiling and then cooled and seeded with sugar crystals causing the sugar to crystallize out. The liquor is spun in a centrifuge and the white crystals are dried in hot air, ready to be packaged or used. The surplus liquor is made into refiners' molasses. The International Commission for Uniform Methods of Sugar Analysis sets standards for the measurement of the purity of refined sugar, known as ICUMSA numbers; lower numbers indicate a higher level of purity in the refined sugar.

Some studies involving the health impact of sugars are effectively inconclusive. The WHO and FAO meta studies have shown directly contrasting impacts of sugar in refined and unrefined forms and since most studies do not use a population who are not consuming any "free sugars" at all, the baseline is effectively flawed. Hence there are articles such as Consumer Reports on Health that said in 2008, "Some of the supposed dietary dangers of sugar have been overblown. Many studies have debunked the idea that it causes hyperactivity, for example." Despite this, the article continues to discuss other health impacts of sugar.

It used to be believed that sugar raised blood glucose levels more quickly than did starch because of its simpler chemical structure. However, it turned out that white bread or French fries have the same effect on blood sugar as pure glucose, while fructose, although a simple carbohydrate, has a minimal effect on blood sugar. As a result, as far as blood sugar is concerned, carbohydrates are classified according to their glycemic index, a system for measuring how quickly a food that is eaten raises blood sugar levels, and glycemic load, which takes into account both the glycemic index and the amount of carbohydrate in the food. This has led to carbohydrate counting, a method used by diabetics for planning their meals.