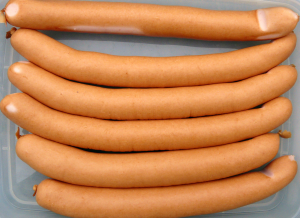 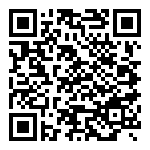 A vienna sausage is a kind of sausage. The word wieners means Viennese in German.

In some European countries, cooked and often smoked wieners bought fresh from supermarkets, delicatessens and butcher shops may be called by a name (such as in German or French) which translates in English as "Vienna sausage". Wieners sold as vienna sausage in Europe have a taste and texture very much like North American "hot dogs" or "frankfurters", but are usually longer and somewhat thinner, with a very light, edible casing. European vienna sausage served hot in a long bun with condiments is often called a "hot dog", harking not to the wiener itself, but to the long sandwich as a whole.

In North America, the term "vienna sausage" has most often come to mean only smaller and much shorter smoked and canned wieners, rather than hot dogs. North American vienna sausages are mainly made from pork, but also meat such as beef, turkey and chicken, finely ground to a paste consistency and mixed with salt and spices, notably mustard, then stuffed into a long casing, sometimes smoked and always thoroughly cooked, after which the casings are removed as with hot dogs. The sausages are then cut into short segments for canning and further cooking. They are also available packed in chili or barbecue sauces.

As with any sausage, the ingredients, preparation, size and taste can vary widely by both manufacturer and region of sale.

In Austria the term Wiener is uncommon for this food item, as it identifies a type of cold cut.
Post your comment ...
sign in with ...
missing class include : daIp