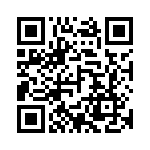 Vitamin A is essential for good health. It promotes growth, the immune system, reproduction, and vision. However, recent research suggests that too much vitamin A, particularly in the form of retinol, may be bad for your bones. This fact sheet explains where we get vitamin A, how much of this important vitamin we need, how it can build up in the body to excessive levels, and how you can assess your own vitamin A intake.

Vitamin A is a family of compounds that play an important role in vision, bone growth, reproduction, cell division, and cell differentiation. We get vitamin A from a variety of sources. Two of the most common sources are retinol and beta-carotene.

Retinol is sometimes called “true” vitamin A because it is nearly ready for the body to use. Retinol is found in such animal foods as liver, eggs, and fatty fish. It also can be found in many fortified foods, such as breakfast cereals, and in dietary supplements.Beta-carotene is a precursor for vitamin A. The body needs to convert it to retinol or vitamin A for use. Beta-carotene is found naturally in mostly orange and dark green plant foods, such as carrots, sweet potatoes, mangos, and kale.

The body stores both retinol and beta-carotene in the liver, drawing on this store whenever more vitamin A is needed.

The body can convert beta-carotene into vitamin A to help meet these requirements. Although there is no RDA for beta-carotene, the National Institutes of Health (NIH) Office of Dietary Supplements recommends eating five or more servings of fruits and vegetables per day, including dark green and leafy vegetables and deep yellow or orange fruits to get appropriate amounts of beta-carotene.

Vitamin A is a family of fat-soluble compounds that play an important role in vision, bone growth, reproduction, cell division, and cell differentiation. Vitamin A is important for healthy bones. However, too much vitamin A has been linked to bone loss and an increase in the risk of hip fracture. Scientists believe that excessive amounts of vitamin A trigger an increase in osteoclasts, the cells that break down bone.

They also believe that too much vitamin A may interfere with vitamin D, which plays an important role in preserving bone.

Retinol is the form of vitamin A that causes concern. In addition to getting retinol from their diets, some people may be using synthetic retinoid preparations that are chemically similar to vitamin A to treat acne, psoriasis, and other skin conditions.

These preparations have been shown to have the same negative impact on bone health as dietary retinol. Use of these medications in children and teens also has been linked to delays in growth.

Beta-carotene, on the other hand, is largely considered to be safe and has not been linked to adverse effects in bone or elsewhere in the body.

Surveys suggest that most Americans are getting adequate amounts of vitamin A. The Institute of Medicine cautions against daily intakes of retinol above 10,000 IU.The chart below identifies some common food sources of retinol. Most of the reported cases of vitamin A toxicity have been blamed on the use of supplements. Healthy individuals who eat a balanced diet generally do not need a vitamin A supplement

The 1988–94 National Health and Nutrition Examination Survey (NHANES III) found high levels of retinol in 5 to 10 percent of the survey participants. Increased levels were more common in men age 30 and older and in women age 50 and older.

Older people who regularly take dietary supplements containing vitamin A may be at higher risk of getting too much vitamin A.

Studies suggest that taking dietary supplements is a common practice among many older adults. However, the routine use of vitamin A supplements, as well as fortified foods, in older men and women is increasingly being questioned. Older adults are at significant risk for osteoporosis and related fractures, and their serum (blood) levels of retinol increase with age. As a result, fortified foods and supplements containing vitamin A in the form of beta-carotene may be a better choice for bone health in this population.