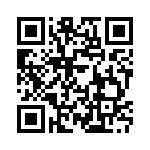 Vitamin K is a group of structurally similar, fat-soluble vitamins that the human body needs for post-translational modification of certain proteins required for blood coagulation, and in metabolic pathways in bone and other tissue. They are 2-methyl-1,4-naphthoquinone derivatives. This group of vitamins includes two natural vitamers: vitamin K1 and vitamin K2.

The three types of vitamin K are the following:
Vitamin K1, or phylloquinone, is found naturally in plants, especially green vegetables; K1 goes directly to your liver and helps you maintain healthy blood clotting

Vitamin K2, also called menaquinone, is made by the bacteria that line yourgastrointestinal tract; K2 goes straight to your blood vessel walls, bones, and tissues other than your liver

Vitamin K3, or menadione, is a synthetic form I do not recommend; it’s important to note that toxicity has occurred in infants injected withthis syntheticvitamin K3

Vitamin K2 helps to prevent hardening of the arteries, which is a common factor in coronary artery disease and heart failure. Research suggests vitamin K2 may help to keep calcium out of your artery linings and other body tissues, where it can causedamage. The latest studies show it’s vitamin K2, rather than K1, in concert with vitamin D, that prevents calcification in your coronary arteries, thereby preventing cardiovascular disease.

The absolute best way to achieve healthy bones is a diet rich in fresh, raw whole foods that maximizes natural minerals so your body has the raw materials it needs to do what it was designed to do.Vitamin K2 is one of the most important nutritional interventions for improving your bone density. It serves as the biological "glue" that helps plug calcium and other important minerals into your bone matrix. There have been some remarkable research studies about the protective effects of vitamin K2 against osteoporosis:

A number of Japanese trials have shown that vitamin K2 completely reverses bone loss and in some cases even increases bone mass in people with osteoporosis.

Researchers in the Netherlands showed vitamin K2 is three times more effective than vitamin K1 in raising osteocalcin, which controls the building of bone.

Your bone strength depends on more than just calcium. Your bones are actually composed of more than adozen minerals. If you focus just on calcium, you will likely weaken your bones and increase your risk of osteoporosis, as Dr. Robert Thompson explains in his book The Calcium Lie. It's more likely your body can use calcium correctly if it's plant-derived calcium. Good sources include raw milk from pasture-raised cows (who eat the calcium-rich plants), leafy green vegetables, the pith of citrus fruits, carob, and wheatgrass, to name a few.

A number of studies have shown that vitamins K1 and K2 are effective against cancer. Consider the following:
One study published in September 2003 in the International Journal of Oncology1, found that treating lung cancer patients with vitamin K2 slowed the growth of cancer cells, and previous studies have shown benefit in treating leukemia. In an August 2003 study published in the Alternative Medicine Review2 involving 30 patients with a type of liver cancer called hepatocellular carcinoma, who took oral vitamin K1, the disease stabilized in six patients; seven patients had a partial response; and seven others had improved liver function.In 15 patients, abnormal prothrombin normalized.

In 2008, a German research group3 discovered vitamin K2 provides substantial protection against prostate cancer, one of the most common types of cancer among men in the United States. According to Dr. Vermeer, men taking the highest amounts of K2 had about 50 percent less prostate cancer.

Vitamin K has also been found beneficial in the fight against non-Hodgkin lymphoma, colon, stomach, nasopharynx, and oral cancers.

As written in the March 2004 Life Extension magazine4, researchers have found many other beneficial effects of vitamin K including:
Vitamin K2 deficiency may be a contributing factor to Alzheimer’s disease, and vitamin K2 supplementation may help in preventing it

Vitamin K2 improves insulin sensitivity; people who get the most vitamin K2 from their foods are about 20 percent less likely to develop type 2 diabetes

Vitamin K may have antioxidant properties

Vitamin K is a Fat-Soluble Vitamin

This is important because dietary fat is necessary for the absorption of this vitamin. Therefore, in order for your body to absorb vitamin K effectively, you need to eat some fat along with it.

Fermented foods, such as natto, typically have the highest concentration of vitamin K found in the human diet and can provide several milligrams of vitamin K2 on a daily basis. This level far exceeds the amount found in dark green vegetables. Unfortunately, most Americans do not eat many fermented foods. Adding traditionally fermented foods to your diet is a must, and although not widely known, the health benefits of these foods are tremendous.

Precise K2 values for foods are difficult to find. However, I did find a few estimates5 for comparison, which I’ve listed in the table below. Other foods high in K2 include raw dairy products such ashard and soft cheeses, raw butter, and kefir, and sauerkraut. Realize that the K2 content of pasteurized dairy and products from confined animal feeding operations, which comprise most commercial sources, are NOT high in K2 and should be avoided. Only grass fed animals (not grain fed) will develop naturally high K2 levels.

Collard greens daily to get the necessary amount of vitamin K. Clearly the collard greens and spinach have great nutritional benefits, but if you already have heart disease, a little extra vitamin K would seem a simple bit of insurance to make sure your blood vessels don’t calcify. You will also want to consider adding vitamin K to your diet if you do not eat many vegetables or are concerned you are not getting enough vitamin K from your foods, for whatever reason.

Taking drugs such as broad-spectrum antibiotics, cholesterol drugs and aspirin

You can obtain all of the vitamin K2 you need (about 200 micrograms) by eating 15 grams of natto daily, which is half an ounce. It's a small amount and very inexpensive, but many Westerners do not enjoy the taste and texture.

If you don't care for the taste of natto, the next best thing is a high-quality K2 supplement. Remember, you must always take your vitamin K supplement with fat since it is fat-soluble and won't be absorbed without it.Although the exact dosing is yet to be determined, Dr. Vermeer recommends between 45 mcg and 185 mcg daily for adults. You must use caution on the higher doses if you take anticoagulants, but if you are generally healthy and not on these types of medications, suggested 150 mcg daily.