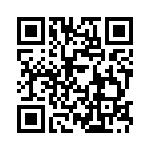 A 'vitamin' is an organic compound required by an organism as a vital nutrient in limited amounts. An organic chemical compound (or related set of compounds) is called a vitamin when it cannot be synthesized in sufficient quantities by an organism, and must be obtained from the diet. Thus, the term is conditional both on the circumstances and on the particular organism. For example, ascorbic acid (vitamin C) is a vitamin for humans, but not for most other animals. Supplementation is important for the treatment of certain health problems but there is little evidence of benefit when used by those who are otherwise healthy.

By convention, the term vitamin includes neither other essential nutrients, such as dietary minerals, essential fatty acids, or essential amino acids (which are needed in larger amounts than vitamins) nor the large number of other nutrients that promote health but are otherwise required less often. Thirteen vitamins are universally recognized at present.

Vitamins are classified by their biological and chemical activity, not their structure. Thus, each "vitamin" refers to a number of vitamer compounds that all show the biological activity associated with a particular vitamin. Such a set of chemicals is grouped under an alphabetized vitamin "generic descriptor" title, such as "vitamin A", which includes the compounds retinal, retinol, and four known carotenoids. Vitamers by definition are convertible to the active form of the vitamin in the body, and are sometimes inter-convertible to one another, as well.

Vitamins have diverse biochemical functions. Some, such as vitamin D, have hormone-like functions as regulators of mineral metabolism, or regulators of cell and tissue growth and differentiation (such as some forms of vitamin A). Others function as antioxidants (e.g., vitamin E and sometimes vitamin C). The largest number of vitamins, the B complex vitamins, function as precursors for enzyme cofactors, that help enzymes in their work as catalysts in metabolism. In this role, vitamins may be tightly bound to enzymes as part of prosthetic groups: For example, biotin is part of enzymes involved in making fatty acids. They may also be less tightly bound to enzyme catalysts as coenzymes, detachable molecules that function to carry chemical groups or electrons between molecules. For example, folic acid may carry methyl, formyl, and methylene groups in the cell. Although these roles in assisting enzyme-substrate reactions are vitamins' best-known function, the other vitamin functions are equally important.

Until the mid-1930s, when the first commercial yeast-extract vitamin B complex and semi-synthetic vitamin C supplement tablets were sold, vitamins were obtained solely through food intake, and changes in diet (which, for example, could occur during a particular growing season) usually greatly altered the types and amounts of vitamins ingested. However, vitamins have been produced as commodity chemicals and made widely available as inexpensive semisynthetic and synthetic-source multivitamin dietary and food supplements and additives, since the middle of the 20th century.

Vitamins are essential for the normal growth and development of a multicellular organism. Using the genetic blueprint inherited from its parents, a fetus begins to develop, at the moment of conception, from the nutrients it absorbs. It requires certain vitamins and minerals to be present at certain times. These nutrients facilitate the chemical reactions that produce among other things, skin, bone, and muscle. If there is serious deficiency in one or more of these nutrients, a child may develop a deficiency disease. Even minor deficiencies may cause permanent damage.

For the most part, vitamins are obtained with food, but a few are obtained by other means. For example, microorganisms in the intestine — commonly known as "gut flora" — produce vitamin K and biotin, while one form of vitamin D is synthesized in the skin with the help of the natural ultraviolet wavelength of sunlight. Humans can produce some vitamins from precursors they consume. Examples include vitamin A, produced from beta carotene, and niacin, from the amino acid tryptophan.

Once growth and development are completed, vitamins remain essential nutrients for the healthy maintenance of the cells, tissues, and organs that make up a multicellular organism; they also enable a multicellular life form to efficiently use chemical energy provided by food it eats, and to help process the proteins, carbohydrates, and fats required for respiration.

Evidence for supplementation in those who are otherwise healthy do not show any clear benefit with respect to cancer or heart disease. Vitamin A and E supplements not only provide no tangible health benefits for generally healthy individuals but may increase mortality, although two large studies included in the analysis involved smokers, for whom it was already known that beta-carotene supplements can be harmful. While other findings suggest that Vitamin E toxicity is limited to specific form taken in excess.

Humans must consume vitamins periodically but with differing schedules, to avoid deficiency. The human body's stores for different vitamins vary widely; vitamins A, D, and B12 are stored in significant amounts in the human body, mainly in the liver, and an adult human's diet may be deficient in vitamins A and D for many months and B12 in some cases for years, before developing a deficiency condition. However, vitamin B3 (niacin and niacinamide) is not stored in the human body in significant amounts, so stores may last only a couple of weeks. For vitamin C, the first symptoms of scurvy in experimental studies of complete vitamin C deprivation in humans have varied widely, from a month to more than six months, depending on previous dietary history that determined body stores.

Deficiencies of vitamins are classified as either primary or secondary. A primary deficiency occurs when an organism does not get enough of the vitamin in its food. A secondary deficiency may be due to an underlying disorder that prevents or limits the absorption or use of the vitamin, due to a "lifestyle factor", such as smoking, excessive alcohol consumption, or the use of medications that interfere with the absorption or use of the vitamin. People who eat a varied diet are unlikely to develop a severe primary vitamin deficiency. In contrast, restrictive diets have the potential to cause prolonged vitamin deficits, which may result in often painful and potentially deadly diseases.

Well-known human vitamin deficiencies involve thiamine (beriberi), niacin (pellagra), vitamin C (scurvy), and vitamin D (rickets). In much of the developed world, such deficiencies are rare; this is due to an adequate supply of food and the addition of vitamins and minerals to common foods, often called fortification. In addition to these classical vitamin deficiency diseases, some evidence has also suggested links between vitamin deficiency and a number of different disorders.