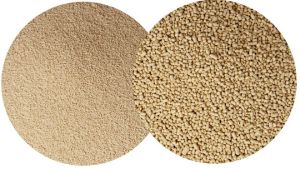 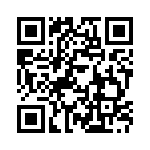 Baker's yeast is the common name for the strains of yeast commonly used as a leavening agent in baking bread and bakery products, where it converts the fermentable sugars present in the dough into carbon dioxide and ethanol.

Baker's yeast is of the species Saccharomyces cerevisiae, which is the same species (but a different strain) commonly used in alcoholic fermentation which is called brewer's yeast. Baker's yeast is also a single-celled microorganism found on and around the human body.

The use of steamed or boiled potatoes, water from potato boiling, or sugar in a bread dough provides food for the growth of yeasts; however, too much sugar will dehydrate them. Yeast growth is inhibited by both salt and sugar, but more so with salt than sugar. Fats, such as butter or eggs, slow down yeast growth; however, others say the effect of fat on dough remains unclear, presenting evidence that small amounts of fat are beneficial for baked bread volume.

Saccharomyces exiguus (also known as S. minor) is a wild yeast found on plants, fruits, and grains that is occasionally used for baking; it is not, however, generally used in a pure form, but comes from being propagated in a sourdough starter.

Nutritional yeast has an enormous benefit to many people over its cousins, brewer’s yeast and baker’s yeast. This yeast, grown mostly on beet sugar is an inactive yeast, which means it can be incorporated into a nutritional arsenal of a system that is often challenged by other active yeasts.

(Of course, ask your doctor or nutritionist their view on this for your health!)

Hippie dust is a nutritional dynamo, packed with benefits. Sprinkle it over foods for a nutty, almost cheesy, flavor. Here are a few more reasons why this adds a magical flourish to your cooking:

It's a vegetarian source of Vitamin B-12: This is a crucial nutrient for the body involved in the production of red blood cells and for producing and maintaining myelin, the protective insulation around your nerves. Most sources of Vitamin B-12 are animal based, so nutritional yeast is a major player in the nutritional wellbeing of vegans and vegetarians. One tablespoon will provide an adult with a full day’s supply of B-12.

It's high in protein: 2 tablespoons of hippie dust contain 9 grams of protein. That’s more than in 1 cup of whole milk (8g), a large egg (6g), or one oz. of beef (7g). It’s a wonderful source of energy for your workout mornings.

It's high in fiber: Fiber is one of my personal favorites in terms of gut health and functional digestion. It also helps our systems regulate blood sugar giving us a more sustainable, even store of energy throughout our days and at higher levels. Nutritional yeast provides 3 grams of fiber per tiny serving.

It's gluten free: Not only a boon for the vegans out there, but this treat is also gluten free providing all of this power with an anti-inflammatory ease.