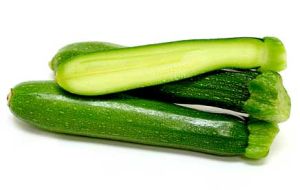 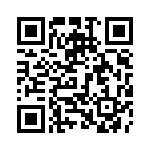 Zucchini or courgette is a summer squash which can reach nearly a meter in length, but which is usually harvested at half that size or less. Along with certain other squashes and pumpkins, it belongs to the species Cucurbita pepo. Zucchini can be dark or light green. A related hybrid, the golden zucchini, is a deep yellow or orange color.

In a culinary context, the zucchini is treated as a vegetable, which means it is usually cooked and presented as a savory dish or accompaniment. Botanically, however, the zucchini is a fruit, being the swollen ovary of the zucchini flower. The zucchini or courgette originates from Italy.

One cup of zucchini has 36 calories and 10% of the RDA of dietary Fiber, which aids in digestion, prevents constipation, maintains low blood sugar and curbs overeating.

The dietary fiber in zucchini helps lower cholesterol by attaching itself to bile acids that the liver makes from cholesterol for digesting fat. Because ?ber binds so well with bile acid, thus crowding its ability to immediately digest fat, the liver is charged with producing more bile acid.
The liver then draws upon even more cholesterol to produce bile acid, consequently lowering the overall cholesterol level in the body. Furthermore, the high levels of vitamin C and vitamin A prevent cholesterol from oxidizing in the body's blood vessels, thus hampering the onset of atherosclerosis.

Because dietary fiber promotes healthy and regular bowel movements, the high amounts of ?ber in zucchini also help prevent carcinogenic toxins from settling in the colon. Moreover, the vitamins C and A, as well as folate, found in zucchini act as powerful antioxidants that fight oxidative stress that can lead to many different types of cancer.

Studies show that the phytonutrients in zucchini aid in reducing the symptoms of benign prostatic hypertrophy (BOH), a condition in which the prostate gland enlarges and leads to complications with urination and sexual functions in men.

Anti-Inflammatory Vitamins C and A not only serve the body as powerful antioxidants, but also as effective anti-in?ammatory agents. Along with the copper found in zucchini, these vitamins deter the development of many hyper-in?ammatory disorders, including asthma, osteoarthritis, and rheumatoid arthritis.

Along with magnesium, the potassium found in zucchini helps lower blood pressure. If unchecked, hypertension, or high blood pressure, can lead to arteriosclerosis (blood vessel damage), heart attack, stoke, and many other serious medical conditions. Both the potassium and magnesium in zucchini, however, can help alleviate the stress on the body's circulatory system.

A trace mineral and essential nutrient, manganese provides many health benefits and contributes to a slew of normal physiological functions. One cup of zucchini contains 19% of the RDA of manganese, which helps the body metabolize protein and carbohydrates, participates in the production of sex hormones, and catalyzes the synthesis of fatty acids and cholesterol.

The manganese in zucchini also increases the levels of superoxide dismutase (SOD), the enzyme responsible for protecting mitochondria against oxidative stress. Finally, manganese is essential for the production of proline, and amino acid that allows collagen to form, thus allowing for healthy skin and proper wound-healing.

I hardly ever cook this vegetable, prefer eating it raw by chopping it into salads