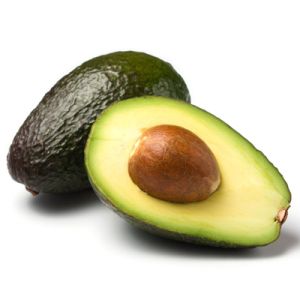 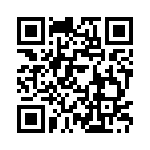 Avocado is a tree native to Mexico and Central America, classified in the flowering plant family Lauraceae along with cinnamon, camphor and bay laurel. Avocado or alligator pear also refers to the fruit, botanically a large berry that contains a single seed.

Avocados are commercially valuable and are cultivated in tropical and Mediterranean climates throughout the world. They have a green-skinned, fleshy body that may be pear-shaped, egg-shaped, or spherical. Commercially, they ripen after harvesting. Trees are partially self-pollinating and often are propagated through grafting to maintain a predictable quality and quantity of the fruit.

Culinary uses
The fruit is not sweet, but distinctly and subtly flavored, with smooth texture. It is used in both savory and sweet dishes, though in many countries not for both. The avocado is popular in vegetarian cuisine as a substitute for meats in sandwiches and salads because of its high fat content.
It is used as the base for the Mexican dip known as guacamole, as well as a spread on corn tortillas or toast, served with spices.
In the Philippines, Brazil, Indonesia, Vietnam, and southern India (especially the coastal Kerala, Tamil Nadu and Karnataka region), avocados are frequently used for milkshakes and occasionally added to ice cream and other desserts. In Brazil, Vietnam, the Philippines and Indonesia, a dessert drink is made with sugar, milk or water, and pureed avocado. Chocolate syrup is sometimes added. In Morocco, a similar chilled avocado and milk drink is sweetened with confectioner's sugar and hinted with orange flower water.
In Ethiopia, avocados are made into juice by mixing them with sugar and milk or water, usually served with Vimto and a slice of lemon. It is also common to serve layered multiple fruit juices in a glass made of avocados, mangoes, bananas, guavas, and papayas. Avocados are also used to make salads.
Avocados in savory dishes, often seen as exotic, are a relative novelty in Portuguese-speaking countries, such as Brazil, where the traditional preparation is mashed with sugar and lime, and eaten as a dessert or snack. This contrasts with Spanish-speaking countries such as Chile, Mexico, or Argentina, where the opposite is true and sweet preparations are rare.
In Australia and New Zealand, it is commonly served in sandwiches, sushi, on toast, or with chicken. In Ghana, it is often eaten alone in sliced bread as a sandwich. In Sri Lanka, well-ripened flesh, thoroughly mashed with sugar and milk, or treacle (a syrup made from the nectar of a particular palm flower) is a popular dessert. In Haiti, it is often consumed with cassava or regular bread for breakfast.
In Mexico and Central America, avocados are served mixed with white rice, in soups, salads, or on the side of chicken and meat. In Peru, they are consumed with tequeños as mayonnaise, served as a side dish with parrillas, used in salads and sandwiches, or as a whole dish when filled with tuna, shrimp, or chicken. In Chile, it is used as a puree-like sauce with chicken, hamburgers, and hot dogs; and in slices for celery or lettuce salads. The Chilean version of Caesar salad contains large slices of mature avocado. In Kenya and Nigeria, the avocado is often eaten as a fruit eaten alone or mixed with other fruits in a fruit salad, or as part of a vegetable salad.
Avocado slices are frequently added to hamburgers, tortas, hot dogs, and carne asada. Avocado can be combined with eggs (in scrambled eggs, tortillas, or omelettes), and is a key ingredient in California rolls and other makizushi ("maki", or rolled sushi).
In southern Africa, avocado 'Ritz' is a common dish.
In the United Kingdom, the avocado became available during the 1960s when introduced by Sainsbury's under the name 'avocado pear'.
Nutritional Value:

About 75% of an avocado's energy comes from fat, most of which (67% of total) is monounsaturated fat as oleic acid. Other predominant fats include palmitic acid and linoleic acid. The saturated fat content amounts to 14% of the total fat in a single serving of avocado while containing zero cholesterol. On a weight basis, avocados have 35% more potassium than bananas. They are rich in folic acid and vitamin K, and are good dietary sources of vitamin B6, vitamin C, vitamin E and pantothenic acid.

Extracts of avocado have been studied in laboratory research to assess potential for lowering risk of diabetes mellitus.

Promote eye health:  Avocado is an excellent source of carotenoid lutein, which known to help protect against age-related macular degeneration and cataracts.

Prevent birth defects: Avocados are rich in folate, a B vitamin commonly known as folic acid. One cup of avocado provides about 23% of the recommended daily value of folate. The high amount of folate in avocado is essential in the prevention of birth defects, such as neural tube defect and spina bifida.

Reduce strokes risk: The high levels of folate in avocados may also protect against stroke. A study has shown that individuals who ate a diet rich in folate had a lower risk of stroke than those who did not.

Protect against cancer: Many studies have shown that avocado can inhibit the growth of prostate cancer. The oleic acid in avocado is also effective in preventing breast cancer.

Anti-aging properties: Being rich in antioxidants, avocado is beneficial in preventing aging symptoms. The glutathione in avocado may boosts immune systems, slows aging process, and encourages a healthy nervous system.

Cure bad breath: Avocados are one of the best natural mouth wash and bad breath remedies. It cleanses intestine which is the real cause of coated tongue and bad breath.

Increase nutrient absorption: Avocado intake is linked with an increased nutrient absorption. A study suggests that, when participants ate salad included avocados, they absorbed five times the amount of carotenoids (a group of nutrients that includes beta carotene and lycopene) than those who did not include avocados.

Skin Care: The avocado oil is added in many cosmetics because of its ability to nourish the skin and make your skin glow. It also aids in treating psoriasis, a skin disease that causes skin redness and irritation.