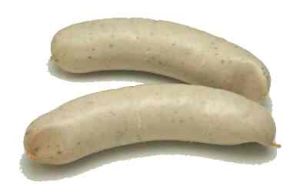 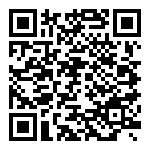 Bockwurst is considered to be one of the most popular varieties of German sausages, particularly within Germany itself.  In addition to being a popular German food, bockwurst can also be found abroad, particularly in western countries and in the United States. In fact, bockwurst and similar variations on the sausage are made in some parts of America.

This sausage traditionally made from ground veal and pork (usually more veal than pork), with milk and eggs added, that may be seasoned with chives and parsley. The mixture is finely ground and packed into a thin sheep's casing. German in origin, this sausage is pale in color before being cooked and becomes tan colored after being cooked.

Indicative of its light coloring when made fresh, bockwurst is also known as Weisswurst, translated to mean white sausage. Although sold as a partially cooked or smoked sausage, it is typically sold raw or fresh, so it is important that it be thoroughly cooked or smoked before it is eaten. To prepare, heat the sausage in water that is boiling lightly until it is thoroughly cooked, which is typically 10 or 15 minutes. In addition to boiling, it can be fried or grilled, cooking it on all sides until golden brown. If fried or grilled, slit the casing in several locations to allow the casing to expand as it cooks without breaking apart.

To store, keep the fresh sausage refrigerated and use within several days as it is highly perishable and will spoil easily. It is a sausage that goes well with cabbage, sauerkraut, fried potatoes, dark heavy breads, seasoned mustard, and beer.
Post your comment ...
sign in with ...
missing class include : daIp