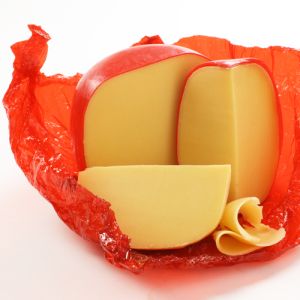 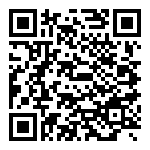 Edam is a semi-hard cheese that originated in the Netherlands, and is named after the town of Edam in the province of North Holland. Edam is traditionally sold in spheres with a pale yellow interior and a coat of red paraffin wax. Edam ages and travels well, and does not spoil; it only hardens.

These qualities  made it the world's most popular cheese between the 14th and 18th centuries, both at sea and in remote colonies. A major producer of Edam is the Friesl and Campina company in Marum, The Netherlands. In the U.S., the May-bud brand is sold by the Churny Company, a subsidiary of Kraft Foods.

Most "young" Edam cheese sold in stores has a very mild flavor, is slightly salty or nutty, and has almost no smell when compared to other cheeses. As the cheese ages, its flavor sharpens, and it becomes firmer. It has a significantly lower fat content than many other traditional cheeses; as little as 28 percent of the cheese is made up of fat. Modern Edam is softer than other cheeses, such as Cheddar, due to its low fat content. However, it is not quite as suitable for toasting as are certain other cheeses, such as Cheddar.

Mild Edam goes well with fruit such as peaches, melons, apricots, and cherries. Aged Edam is often eaten with traditional "cheese fruits" like pears and apples. Like most cheeses, it is commonly eaten on crackers and bread, and may be eaten with crackers following the main course of a meal as a dessert of "cheese and biscuits". Pinot gris, dry Riesling, semidry Riesling, Champagne, Chardonnay and Shiraz/Syrah are some recommended wines to accompany this cheese.