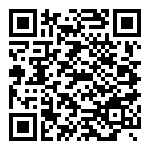 Antioxidants
Antioxidants such as vitamin C act as preservatives by inhibiting the effects of oxygen on food, and can be beneficial to health.

Bulking agents
Bulking agents such as starch are additives that increase the bulk of a food without affecting its nutritional value.

Food coloring
Colorings are added to food to replace colors lost during preparation, or to make food look more attractive.

Emulsifiers
Emulsifiers allow water and oils to remain mixed together in an emulsion, as in mayonnaise, ice cream, and homogenized milk.

Flavors
Flavors are additives that give food a particular taste or smell, and may be derived from natural ingredients or created artificially.

Flavor enhancers
Flavor enhancers enhance a food's existing flavors. They may be extracted from natural sources (through distillation, solvent extraction, maceration, among other methods) or created artificially.

Preservatives
Preservatives prevent or inhibit spoilage of food due to fungi, bacteria and other microorganisms.

Stabilizers
Stabilizers, thickeners and gelling agents, like agar or pectin (used in jam for example) give foods a firmer texture. While they are not true emulsifiers, they help to stabilize emulsions.

Sweeteners
Sweeteners are added to foods for flavoring. Sweeteners other than sugar are added to keep the food energy (calories) low, or because they have beneficial effects for diabetes mellitus and tooth decay and diarrhea.