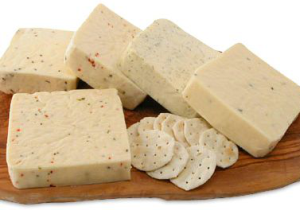 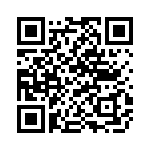 Havarti or Cream Havarti (Danish: flødehavarti) is a semi-soft Danish cow's milk cheese. It is a table cheese that can be sliced, grilled, or melted.

In 1952 Havarti cheese was named after the Havarthigaard in Øverød, north of Copenhagen, where the owner Hanne Nielsen had developed modern cheesemaking in Danish agriculture during the last half of the 19th century. Havarti was, however, not introduced in Denmark until approximately 1920. Havarti is made like most cheeses, by introducing rennet to milk to cause curdling. The curds are pressed into cheese molds which are drained, and then the cheese is aged. Havarti is a washed curd cheese, which contributes to the subtle flavor of the cheese.

Havarti is an interior-ripened cheese that is rindless, smooth and slightly bright-surfaced with a cream to yellow color depending on type. It has very small and irregular openings ("eyes") distributed in the mass.

Havarti has a buttery aroma and can be somewhat sharp in the stronger varieties, much like Swiss cheese. The taste is buttery, and from somewhat sweet to very sweet, and it is slightly acidic. It is typically aged about three months, though when the cheese is older it becomes more salty and tastes like hazelnut. When left at room temperature the cheese tends to soften quickly.

The original Havarti is different from flødehavarti ("cream havarti"), which is made from high-pasteurized milk, so that the whey proteins that would otherwise be eliminated during production remain in the curd. This raises yields but alters the taste and texture. Cream havarti usually ripens very little, since the remaining whey proteins cause problems (off-taste, odd appearance) during prolonged ripening.