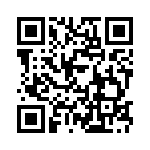 To flavor and moisturize pieces of meat, poultry, seafood or vegetable by soaking them in or brushing them with a liquid mixture of seasonings known as a marinade. Dry marinade mixtures composed of salt, pepper, herbs or spices may also be rubbed into meat, poultry or seafood.

Marination is the process of soaking foods in a seasoned, often acidic, liquid before cooking. The origin of the word alludes to the use of brine (aqua marina) in the pickling process, which led to the technique of adding flavor by immersion in liquid. The liquid in question, the 'marinade', can be either acidic (made with ingredients such as vinegar, lemon juice, or wine) or enzymatic (made with ingredients such as pineapple, papaya or kiwifruit). In addition to these ingredients, a marinade often contains oils, herbs, and spices to further flavor the food items.
It is commonly used to flavor foods and to tenderize tougher cuts of meat. The process may last seconds or days. Different marinades are used in different cuisines. For example, in Indian cuisine the marinade is usually prepared with a mixture of spices.
Post your comment ...
sign in with ...