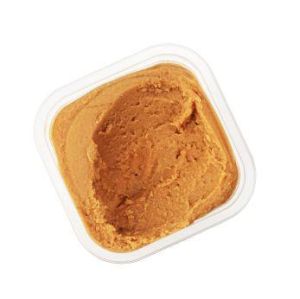 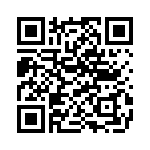 Miso is a traditional Japanese seasoning produced by fermenting soybeans with salt and the fungus Aspergillus oryzae, known in Japanese as kojikin, and sometimes rice, barley, or other ingredients. The result is a thick paste used for sauces and spreads, pickling vegetables or meats, and mixing with dashi soup stock to serve as miso soup called misoshiru, a Japanese culinary staple. High in protein and rich in vitamins and minerals, miso played an important nutritional role in feudal Japan. Miso is still widely used in Japan, both in traditional and modern cooking, and has been gaining worldwide interest.

Miso is typically salty, but its flavor and aroma depend on various factors in the ingredients and fermentation process. Different varieties of miso have been described as salty, sweet, earthy, fruity, and savory. The traditional Chinese analogue of miso is known as dòujiàng.

The ingredients used to produce miso may include any mix of soybeans, barley, rice, buckwheat, millet, rye, wheat, hemp seed, and cycad, among others. Lately, producers in other countries have also begun selling miso made from chickpeas, corn, azuki beans, amaranth, and quinoa. Fermentation time ranges from as little as five days to several years. The wide variety of Japanese miso is difficult to classify, but is commonly done by grain type, color, taste, and background.

Many regions have their own specific variation on the miso standard. For example, the soybeans used in Sendai miso are much more coarsely mashed than in normal soy miso.

Usage:
Miso is a part of many Japanese-style meals. It most commonly appears as the main ingredient of miso soup, which is eaten daily by much of the Japanese population. The pairing of plain rice and miso soup is considered a fundamental unit of Japanese cuisine. This pairing is the basis of a traditional Japanese breakfast.
Miso is used in many other types of soup and souplike dishes, including some kinds of ramen, udon, nabe, and imoni. Generally, such dishes have the title miso prefixed to their name (for example, miso-udon), and have a heavier, earthier flavor and aroma compared to other Japanese soups that are not miso-based.
Many traditional confections use a sweet, thick miso glaze, such as mochidango. Miso glazed treats are strongly associated with Japanese festivals, although they are available year-round at supermarkets. The consistency of miso glaze ranges from thick and taffy-like to thin and drippy.
Soy miso is used to make a type of pickle called "misozuke". These pickles are typically made from cucumber, daikon, hakusai (Chinese cabbage), or eggplant, and are sweeter and less salty than the standard Japanese salt pickle.
Other foods with miso as an ingredient include:
dengaku (sweetened miso used for grilling)
yakimochi (charcoal-grilled miso covered mochi)
miso braised vegetables or mushrooms
marinades: fish or chicken can be marinated in miso and sake overnight to be grilled.
corn on the cob in Japan is often coated with shiro miso, wrapped in foil and grilled.
sauces: sauces like misoyaki (a variant on teriyaki) are common.
dips: used as a dip to eat with vegetables (e.g. cucumbers, daikon, carrots, etc.)
side dish: miso is often eaten not only as a condiment but also as a side dish. Mixed or cooked miso with spices/ vegetables are called 'okazu-miso', which are often eaten along with hot rice, or spread over onigiri.
Post your comment ...
sign in with ...
missing class include : daIp