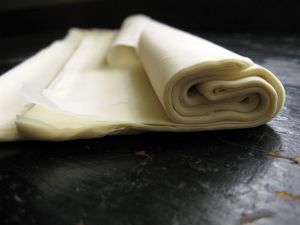 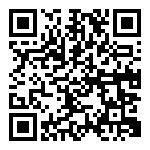 Filo dough is made with flour, water, and a small amount of oil and raki or white vinegar, though some dessert recipes also call for egg yolks. Homemade filo takes time and skill, requiring progressive rolling and stretching to a single thin and very large sheet. A very big table and a long roller are used, with continual flouring between layers to prevent tearing.
Filo for domestic use is widely available from supermarkets, fresh or frozen.

Filo can be used in many ways: layered, folded, rolled, or ruffled, with various fillings. Some common varieties are with:

Cheese: called Tiropita in Greece and Cyprus, Peynirli börek in Turkey, Burekas in Israel, sirnica in Bosnia and Herzegovina, Gibanica and Burek in Serbia, standard Banitsa in Bulgaria.

Meat with yogurt on top: called Buredžici in Bosnia and Herzegovina.

In Turkish cuisine consisting of boiled dough layers with cheese in between can be described as a salty version of baklava. Some recipes also use an egg yolk glaze on top when baked, to enhance color and crispness. In Western countries, filo is popular with South Asian immigrants in making samosas. Filo is used in many of the cuisines of the former Ottoman Empire; to make flaky pies and pastries, including baklava, börek, gözleme, spanakopita, tyropita and bstilla. Filo is also used for güllaç, a Turkish dessert mostly eaten in the holy month of Ramadan, where layers of walnuts and rose water are placed one by one in warm milk. A similar Egyptian dessert is called Umm Ali.