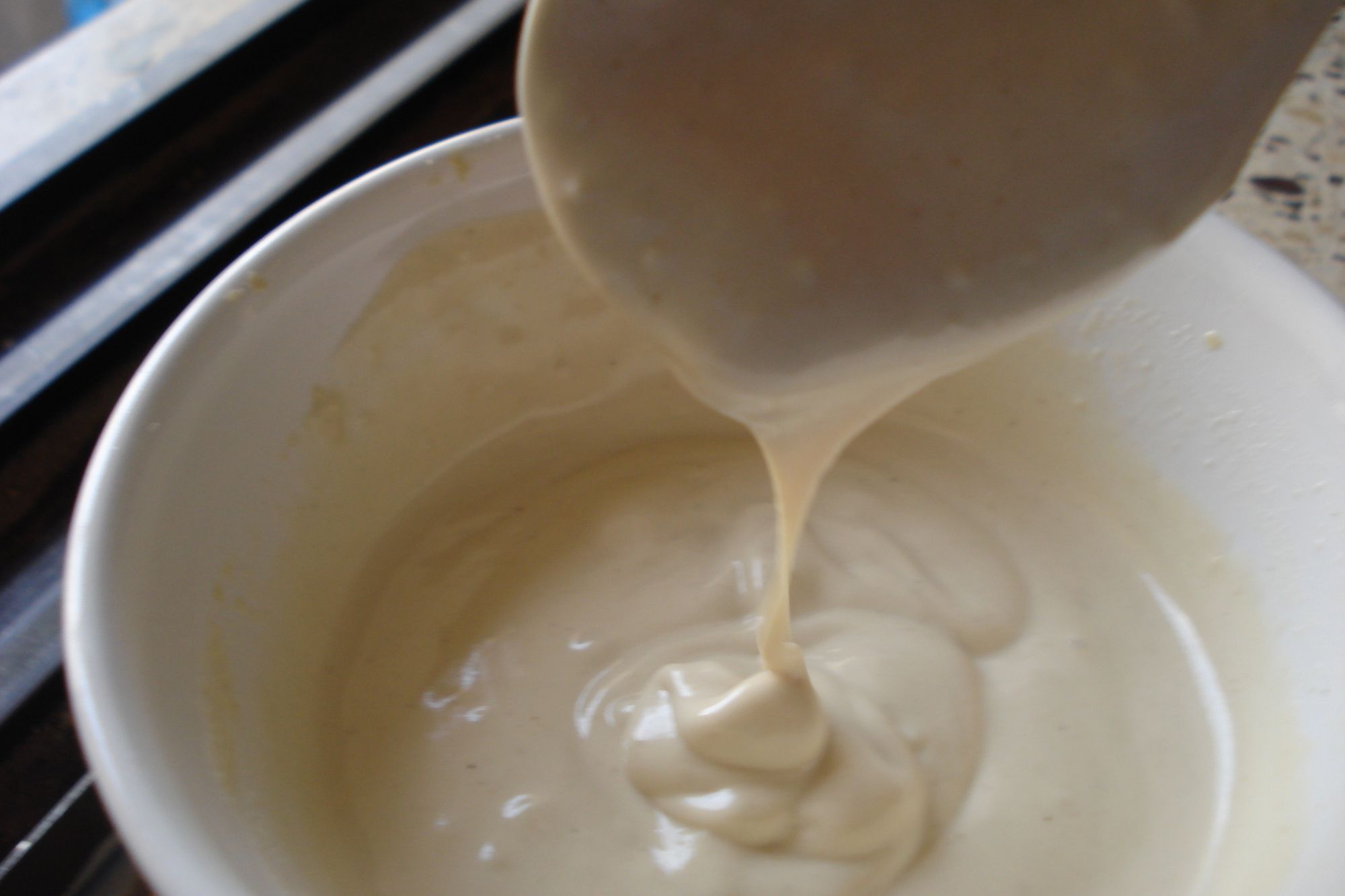 Tahini is a paste made from ground, hulled sesame seeds used in North African, Greek, Turkish, and Middle Eastern cuisine. Tahini is served as a dip on its own or as a major component of hummus, baba ghanoush, and halva.
Preparation and storage
Tahini is made from sesame seeds that are soaked in water and then crushed to separate the bran from the kernels. The crushed seeds are soaked in salt water, causing the bran to sink. The floating kernels are skimmed off the surface, toasted, and ground to produce an oily paste.
Because of tahini's high oil content, many manufacturers recommend refrigeration to prevent spoilage. This is particularly true among makers of raw, organic tahini, who will often prepare their tahini at low temperatures and ship and store it in refrigerated cases to maximize quality and shelf life.
Culinary uses
1. Tahini-based sauces are common in Middle Eastern restaurants as a side dish or as a garnish, usually including lemon juice, salt and garlic, and thinned with water. Tahini sauce is also a popular topping for meat and vegetables in Middle Eastern cuisine.
2. In Armenia, tahini can be used as a sauce to put in the lahmajoun.
3. In Turkey, tahini (Turkish: tahin) is mixed with pekmez to form a dish called tahin-pekmez. Due to its high-caloric nature, it is served as a breakfast item or after meals as a dessert to dip pieces of bread in, especially during the wintertime.
4. In Iraq and some Persian Gulf countries, tahini is mixed with date syrup (rub) to make a sweet dessert usually eaten with bread. Tahini is called ardeh in Persian and harda in Kuwait. In Iran it is used to make halvarde, a kind of halva.
5. In Cyprus, tahini, locally known as tashi, is used as dipping for bread and in pitta souvlaki rather than tzatziki, which is customary in Greece.