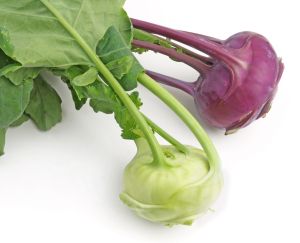 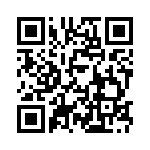 Kohlrabi
Kohlrabi is a vegetable, its origin in nature is the same as that of cabbage, broccoli, cauliflower, kale, collard greens, and Brussels sprouts: they are all bred from, and are the same species as the wild cabbage plant.
The taste and texture of kohlrabi are similar to those of a broccoli stem or cabbage heart, but milder and sweeter, with a higher ratio of flesh to skin. The young stem in particular can be as crisp and juicy as an apple, although much less sweet.
There are several varieties commonly available, including White Vienna, Purple Vienna, Grand Duke, Gigante (also known as "Superschmelz"), Purple Danube, and White Danube. Coloration of the purple types is superficial: the edible parts are all pale yellow. The leafy greens can also be eaten.
In India, Kohlrabi is more commonly called Knolkhol or Nookal. It is also used extensively in the southern part of India. In Kannada, Kohlrabi is called Gedde Kosu or Navilu Kosu. In Maharashtra, it is called Alkul or Navalkol. Edible preparations are made with both the stem and the leaves. In Kashmiri, the swollen stems are called Moonji and the leaves are called Haakh or munji Haakh. One commonly used variety grows without a swollen stem, having just leaves and a very thin stem, and is called Haakh.
Preparation and use
1. Kohlrabi stems are surrounded by two distinct fibrous layers that do not soften appreciably when cooked. These layers are generally peeled away prior to cooking or serving raw, with the result that the stems often provide a smaller amount of food than one might assume from their intact appearance.
2. The Kohlrabi root is frequently used raw in salad or slaws. It has a texture similar to that of a broccoli stem, but with a flavor that is sweeter and less vegetal.
3. Kohlrabi leaves are edible and can be used interchangeably with collard and kale.
4. Kohlrabi is an important part of the Kashmiri diet and one of the most commonly cooked foods. It is prepared with its leaves and served with a light gravy and eaten with rice.
5. Some varieties are grown as feed for cattle.
Health benefits of Kohlrabi:
Kohlrabi high in potassium. Increased potassium intake & decreased sodium is associated with reduced blood pressure levels and increased bone mineral density. And even a moderate deficiency in potassium leads to elevated blood pressure which can lead to unwanted aging on the inside and outside of the body.”

Kohlrabi also has ample vitamin C, about 54 mg per 100 grams meaning it contains more vitamin C than cauliflower, strawberries, melon, orange juice, and grapefruit juice. And, last but certainly not least, it has high water content and fiber.